Make Plans NOW to Join us for the 2019 Zombie Walk!

This year’s theme is “Sports” – come dressed as your favorite athlete! Photo contest with prizes awarded in several categories for BEST costume!

There will be a Zombie Hotdog stand for a cheap lunch for zombies and parade watchers in the parking lot east of the Shrine.  The profits go toward the Ladder of Smiles and Roller Dollz. It will include: water, soda, chips, hotdogs, and baked goods!!!!

This year’s Parade Route will begin in the parking lot directly behind the El Riad Shrine. 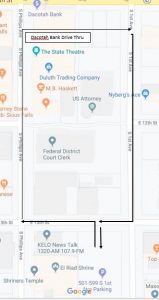 Due to this year’s route there can be no motorized vehicle floats.